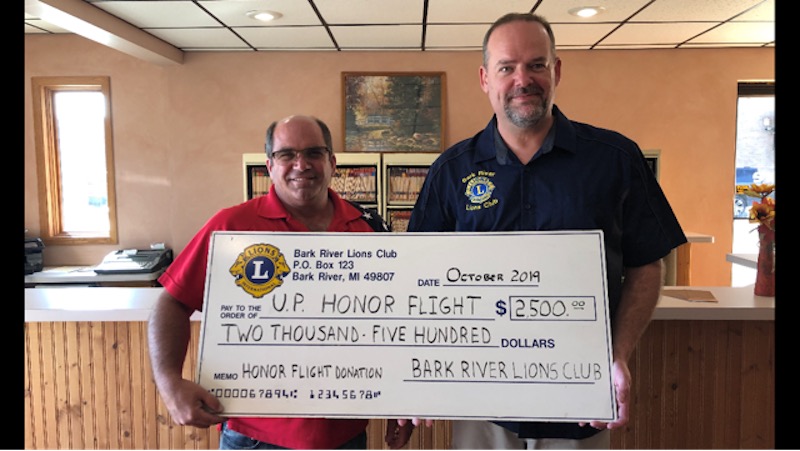 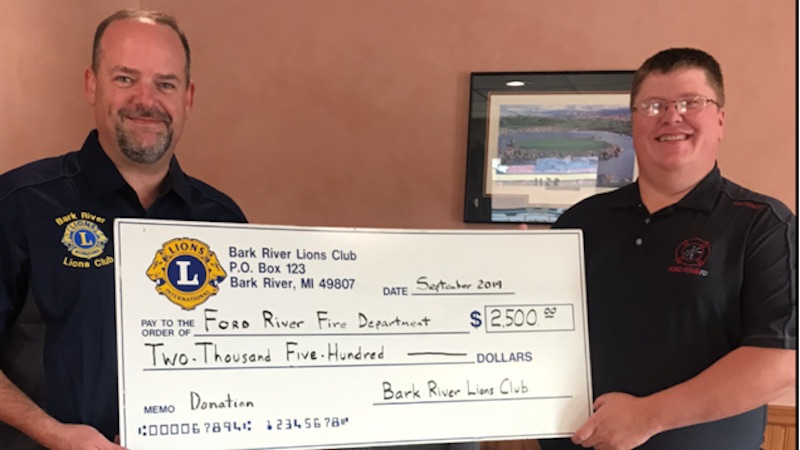 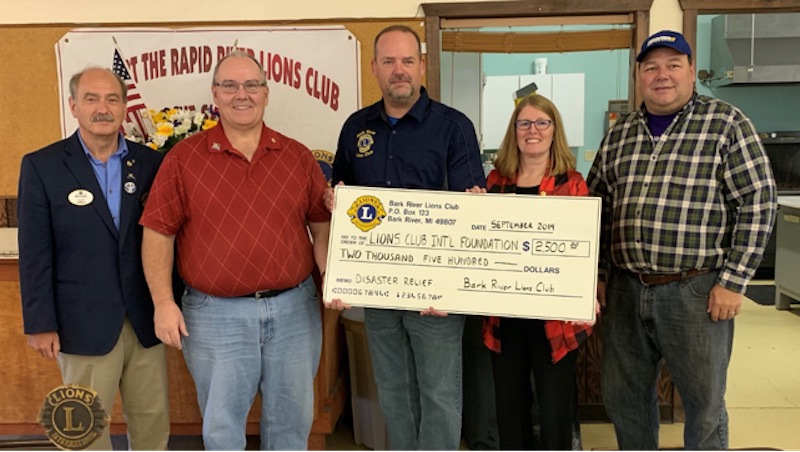 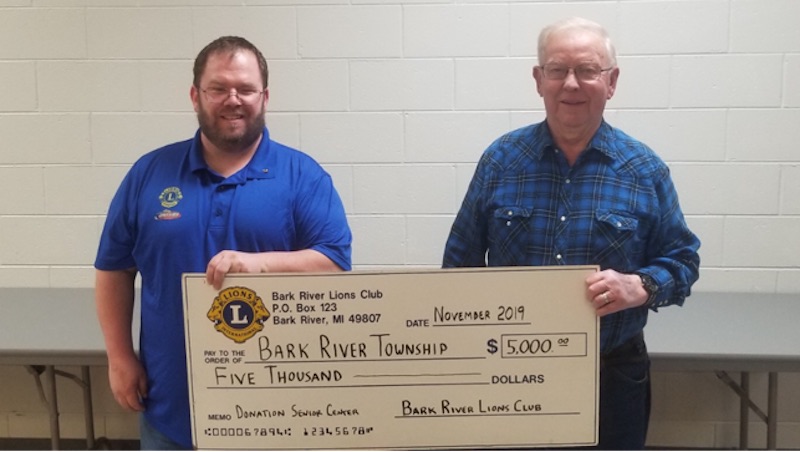 The Bark River Lions Club also recognized three of its current members, Scott Kwarciany, Roger Charbonneau, and Gary Lantagne, for their outstanding commitment and dedication to Lions International and to their community by naming them as Melvin Jones Fellows, the highest honor that a club can bestow upon its members. The Melvin Jones Fellowship recognizes those members for their dedicated humanitarian services through the Lions Club International Foundation.
(Photo: Scott Kwarciany, Roger Charbonneau, Gary Lantagne) 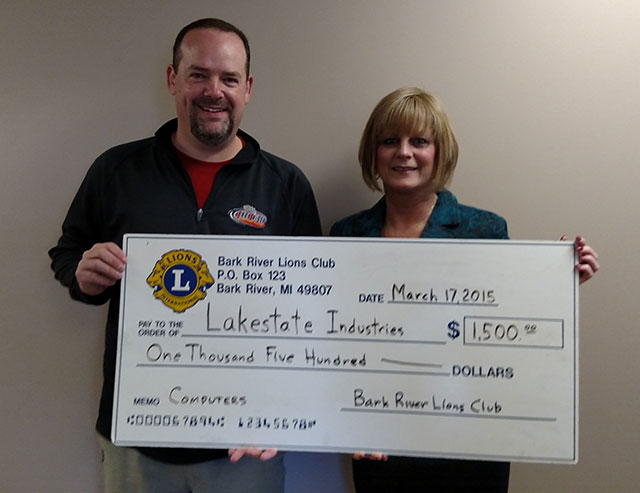 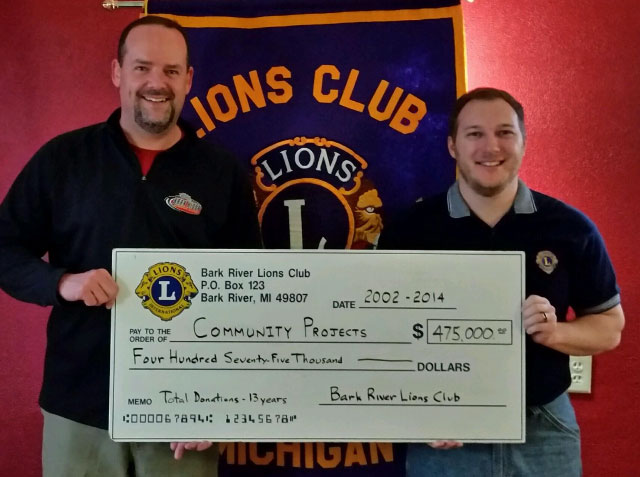 Total monetary donations of the Bark River Lions Club from 2002-2014
Photo: Scott Kwarciany on the left and Chris Charbonneau on the right.